Doctor / Patient Relationship – from the perspective of a patient

Doctor / Patient Relationship – from the perspective of a patient

This is about my relationship with doctors who are not dermatologists. Many of us know good and not-so-good doctors. Competence is essential but there are additional factors that contribute to a good doctor/patient relationship such as friendliness, caring, a supportive office staff, and short wait times.  I have good relationships with my doctors and confidence in their abilities. Even though my medical training is limited to the University of Internet, they allow me to state my thoughts.  Unfortunately, some doctors did not meet my criteria, were arrogant, condescending, and not interested in anything I had to say. There have also been some who had missteps, which at times may be forgiven or not depending on the circumstances – topical steroids excluded.

Perfect courage means doing unwitnessed what we would be capable of with the world looking on. 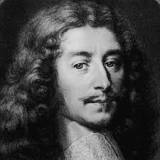 For example, my ophthalmologist prescribed a non-steroidal medication for eyelid itch resulting from TSW. I was surprised that it came in a large bottle, 150 ml. (5 oz). When I put one drop into my eye, it felt like the sun exploded in my eye!  I flushed it with water and fortunately there was no damage.  Instead of the ophthalmic solution, he inadvertently prescribed the arthritis pain formula!  He attempted to re-prescribe it but made the same mistake again!  He was either careless, rushed, and/or not familiar with how to prescribe electronically. I lost confidence in him and never returned.

Another negative incident occurred at a well-known medical facility concerning a potentially serious condition. It went wrong from the beginning – they changed the appointment date but never told me; they left my bloodwork out overnight requiring me to repeat it; and the doctors did not return my calls regarding test results when they actually had them in their computer system for weeks.

Doctors have been feeling squeezed by insurance companies with quotas to see more patients, incentives, disincentives, requirements to digitize records, other administrative tasks. There’s less time to administer a high standard of medical care to patients, and those who do it all — and do it well– are our heroes, especially primary care physicians. They are among the lowest paid and some have felt a financial squeeze forcing them to stop accepting insurance. Others have dropped out and are working, for example, in the health care department of a financial firm.

Will we ever see physicians practice the way they did 20-30 years ago when everyone was happy?  Many think so. Some doctors have become concierge physicians as a way to provide better care by reducing their patient loads while guaranteeing a base income derived by a retainer fee paid by patients. In exchange, patients receive same or next-day appointments, longer and more thorough exams, 24-hour priority phone access, a wellness plan. Fees can be thousands of dollars a year in addition to co-pays and co-insurances. My PCP became a concierge physician and agreed to keep a few long-time patients without the fee. I’m grateful to be one even though my appointments are brief and fewer than before. I stay focused with one or two issues, and if there’s an occasional long wait, I remind myself that one day I may be the person in the exam room who needs more time…