Eczema: Searching for the Doctor

Home/Treatment of Eczema, What Is Eczema/Eczema: Searching for the Doctor
Previous Next

Eczema: Searching for the Doctor

Sherwin Nuland MD, a recently deceased and famous Yale University surgeon wrote many books, essays and commentaries. My most favorite commentary was published several years ago in the American Scholar. I cite it here so that I can direct the RSS patients to the appropriate caregiver who will understand the problem and will make the patient well.

Illness is the most heeded of doctors: to goodness and wisdom we only make promises; pain we obey. 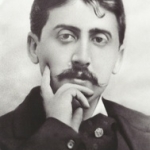 “It was known by every charlatan who sold bottles of foul tasting green elixir from the back of a horse drawn wagon; it was known by Anton Mesmer and all the other poseurs who invented one or another of the mystical therapies based on the gullibility of the afflicted and the merely nervous; it was known by high priests, shamans, and witch doctors; it was even known by Hippocrates, Galen and other founders of the supposedly non-subjective Western medical tradition. I suspect that faith healers, homeopaths, and chiropractors in their deepest self-reflective moments, admit it into their conscious thoughts. Why don’t today’s ultra sophisticated avatars of scientific medicine pay it the tribute it deserves? The authority of the physician is a powerful weapon against disease”

The complaints of so many patients with RSS stating that they cannot find physicians who care and understand them demonstrates to me how little faith they can have in these physician’s therapy and ministrations.