Home/Treatment of Red Skin Syndrome, What Is Eczema/Eczema and the National Eczema Association (NEA)
Previous Next

Eczema and the National Eczema Association

In their June, 2016 newsletter the NEA published results of a patient survey collected in January, 2016 concerning patients’ eczema therapy. There was no indication of how many patients were involved nor how the survey was conducted. But the outstanding negative results must be discussed.

Be that as it may Blog #45 reports damaging numbers of patients’ unhappiness with their doctors’ care as reported in the survey. High percentages of patients were not satisfied with their treatment results, did not think that the doctors knew how to treat them, and a high number reported having seen 5 different physicians, some as many as 5 – 10 doctors. There is no indication in the survey whether any patients attained cure.

It requires caution to tell the truth as to conceal it. 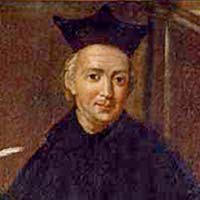 I thought that this was bold on the part of the NEA and I had hopes that I would see that the patients would be considered steroid addicted, at least that they did not have ‘bad eczema.’ They suffered from TSA and RSS – not eczema anymore.

It appears that the NEA does not recognize that eczema burns out invariably by the age of 4 – 6. But if not, then in the early teens. These patients have a tendency in the future to manifest, itching, irritable skin, mild patches of rash only and rarely needing much therapy. All of these problems are invariably mild and rarely need physician attention. Only the steroid addicted patients carry the problem into adulthood. I was amazed that this next day newsletter exhibited less that honorable actions.

On the very next day the NEA published a testimonial from a patient smilingly thanking the medication, Dupilumab, for her clear skin.

I find this advertisement abhorrent as a scientist – there probably will be 1-2 years before approval, marketing and advertisement has begun. This is a dangerous nuance on the part of the drug company. When I see the studies and the published papers I will possibly prescribe the medication – maybe not. I am not pleased with ‘pre approval’ marketing. There have been too many FDA approved medications that were statistically significant, but failed once in the marketplace. In this specific drug, Dupilumab, I do not know if the studies allow the patients to continue using steroids.

Patients are lured to the NEA website with hopes of scientific answers. They should not be given testimonials of a future medication of which we do not know the side effects or the expense. For transparency the NEA should report how much funding the company in question, Regeneron is donating to its coffers.

This testimonial was for a medication that is still in clinical trials, unproven and not FDA approved. Already comments on the drug companies’ website state the results are promising and beneficial. Testimonials from MDs involved with the studies have already been placed in various media. The drug company, Regeneron, has its logo emblazed on the NEA front page – on the tax free NEA website.