Like antibiotics, corticosteroids ushered in a new era in the treatment of disease. Corticosteroids are most often referred to by the shortened term “steroids.” Media articles often discuss athletes using steroids to add muscle and vigor to their bodies in order to be stronger, faster, and more competitive.

These are anabolic male-hormone related “build up” steroids that are often used inappropriately and illegally. The steroids we use in dermatology are not anabolic steroids. The steroids used for dermatologic treatment are called corticosteroids.

Medicine is the only profession that labors incessantly to destroy the reason for its existence. 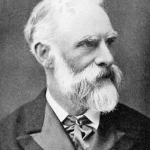 They are synthetic versions of cortisol, the stress hormone produced naturally in the adrenal gland. Corticosteroids possess many therapeutic properties. They are anti-inflammatory, immunosuppressive, vasoconstrictive and antagonistic to insulin. They are, however, easily misused and overused causing severe side effects.

Additionally, in the 1950’s, corticosteroids were incorporated into cream and ointment forms and quickly miraculous results of lessened itch and rash and blisters on the skin occurred. These new topical steroids called hydrocortisone creams launched a new era of treatment in dermatology. For many inflammatory conditions like eczema, psoriasis, and allergic reactions the usage became daily and initially appeared extremely helpful. These patients were clearly able to function much better.

These topical steroids are widely used and too often misinterpreted as being totally safe. When the FDA approved over the counter non prescriptive hydrocortisone 1% there was a large outcry against the ruling coming from many physicians and local professional boards. Now we are being visited with misusage and side effects not controlled by physicians.

Future blogs will discuss the subject of corticosteroids further.