Eczema – Is my Red Skin Syndrome an infection?

Eczema – Is my Red Skin Syndrome an infection?

This blog is an expanded response to several emails in the “Comments” section of our website regarding Dr. Aron’s and others asserting that, “All the red skin people have staphylococcus (staph) bacterial infections as the cause of their redness and that bathing in a bleach bath will solve all problems.”

Differing strains of staphylococcus bacteria (staph) normally live on the skin. Staph albus does not invade the skin causing infection, Staph aureus can.

Anyone who is practically acquainted with scientific work is aware that those who refuse to go beyond fact rarely get as far as fact. 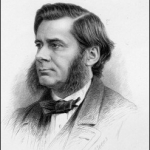 Often cultures of cool, unbroken, intact skin can harbor staph, but that does not mean that the staph is causing widespread redness in RSS. If the redness were caused by staph these patients would also be severely ill with toxemia and elevated temperature.

RSS patients have an intact immune system and the staph whether cultured or perceived is not the culprit. So, the repeated liberal use of oral antibiotics is to be frowned upon.

Further, bleach can kill any bacteria in a laboratory but is of little value in treating RSS patients because bacteria are not responsible. I have seen hundreds of patients who followed this flawed advice to absolutely no avail.