“An elephant in the room” is an English metaphorical idiom for an obvious truth that is either being ignored or not being addressed. The idiomatic expression also applies to an obvious problem or risk no one wants to discuss. It is based on the idea that an elephant in the room would be impossible to overlook. In 1814 a poet named Krylov wrote a fable titled “The Inquisitive Man” which tells the story of a man who goes to a museum and notices all sorts of tiny things but fails to notice an elephant in the room.

The world gets better every day and then worse again in the evening. 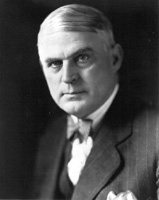 I strongly suggest that an elephant has been living in dermatology clinics for over 30 years. There is no such entity as “bad” eczema, “bad” psoriasis, or “bad” seborrheic dermatitis, only corticosteroid addiction and the resulting Red Skin Syndrome. The simplicity of this observation has allowed me to cure over 3200 patients.

Physicians are focusing on the little things and do not see the elephant in the room. They focus on disparate symptoms and do not see the elephant that connects them. In each case, whether psoriasis, seborrheic dermatitis or atopic dermatitis, the elephant that connects the seemingly different conditions is the Red Skin Syndrome that inevitably develops after long-term steroid use.  The escalation to anti-mitotics and immunosuppressants further compromise the patient, the National Eczema Association NEA disingenuously claims that RSS is a rare condition, the drug companies continue to “study” RSS patients with expensive more powerful and side-effect ridden drugs, and the physicians continue to prescribe the dangerous new drugs while still maintaining the steroid usage. This will never work.

The elephant in dermatology clinics is the Red Skin Syndrome confirmed by the 3200 patients that I have cured, the approximately 10,000 patients cured as reported in support groups, and the massive army of patients who have discontinued steroids on their own accord after searching the Internet for a cure (approximately 80,000 Koreans who are in TSW as reported to me by a member of the group). These numbers should influence even the most doubtful practitioner to reconsider his/her conventional diagnosis and treatment.